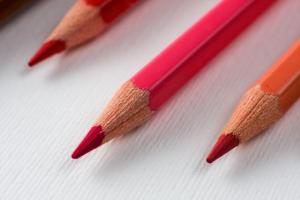 As an engineer, I learned the value of getting “a fresh set of eyes” on anything I was designing. At each stage of the design process (paper napkin, 3D computer model, dimensioned drawings, etc.), it was always a good idea to have someone else look over my work and offer suggestions or catch mistakes, because The Rule of Tens applied. That rule meant that every error that made it another step in the design process before it was caught would be ten times more costly to fix. The last thing I wanted was a call from the fab shop supervisor. By then, the cost to correct an error in my design might include surrendering body parts.

As an author, the same ideas apply to writing a novel. While working on An Irish Miracle, I was very fortunate to have Robin Martin, of Two Songbirds Press, as “my editor”. I really do love saying “my editor” because of the tremendous value Robin’s “fresh set of eyes” and talent as a freelance editor brought to my writing. I was well past the “paper napkin” step, having already written three drafts, before I contacted Robin through the Editorial Freelancers Association website. Based on her detailed Evaluation and Critique, I wrote the fourth draft, which nearly doubled in length while making my plot stronger and my characters rounder. I was also able to correct writing errors that Robin had documented, eliminating instances of filtering, narrative exposition, and shifting points of view that would have jarred my readers out of their vivid and continuous readers’ dreams. After doing a full contextual edit of the fourth draft, Robin even found yet another “fresh set of eyes” for the final proofreading of my corrected and polished manuscript. From experience, she told me she was too familiar with it to proofread it herself.

Because of the collaboration with “my editor”, An Irish Miracle is nearly ready to be sent out, and I’m confident that I won’t be receiving any unwanted telephone calls from the fab shop supervisor!