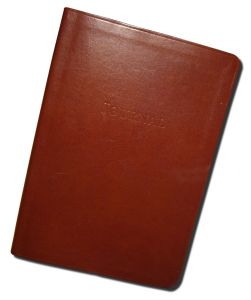 One of the most common questions asked of authors is “Where do you get the ideas for your stories?” If someone would ask me that question, I might risk getting their eyes rolled at me and answer “from my thoughts” or even more briefly “everywhere” . . . but there are a couple of tricks involved.

The first trick is recognizing the thoughts that might make good story ideas. Much like a photographer or a painter that sees what appears to be an everyday scene and recognizes the potential for a beautiful or powerful picture, when I have thoughts (and that’s nearly all the time), I almost subconsciously run them through a “Would that make a good story idea?” filter. The idea for the novel I’m currently working on came from a dream I had a few days after my son moved across the country for the first time. Stories in the news often get caught in that filter. Would a vigilante that got away with abusing animal abusers escalate his behavior? Random thoughts in unlikely situations can get caught in the filter, too. Out for pizza one night, someone at the table across the aisle sneezed. Gross? Yes, but what if I looked around and everyone in the restaurant had started sneezing . . . and then falling out of their booths? Would I run out of the place or start taking notes for the opening of a horror story? Okay, so perhaps a little wild imagination is part of the first trick.

After recognizing a thought that might make a good story, and maybe embellishing it a bit, the second trick is capturing it before it gets away. With a mind like a steel sieve these days, leaving that task to memory isn’t such a good idea. That’s where the catch comes in. Pictured above is my fake-leather bound writing journal. It’s my story idea catch. I try to write down those thoughts that I recognize as potential story ideas in it. Sometimes I jot just a word or two or write several paragraphs. The central idea for my current novel is in there, recorded five years ago. But I don’t always have this fancy journal with me. I jot ideas down on whatever is handy . . . a spiral-bound notebook, a paper napkin (cloth if it’s a really good idea), the notes function on my phone, whatever is at hand. That journal has all kinds of random stuff taped into it. Neatness doesn’t count. What matters is to get all those good story idea in writing before they break their tenuous bonds and escape down Fading Memory Lane.