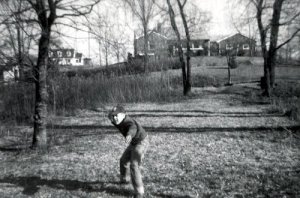 I was raised in rural Ohio. It wasn’t a farm, but it was a big enough plot to have a large garden with room left over for pickup football games on crisp fall days. The maple trees added an element of suspense, and someone always went home a bloody hero. There was a little creek that trickled through the bottom of the property until a few days of hard rain drove it out of its banks and across the flood plain. As a boy, I couldn’t seem to go near that creek without getting wet, either jumping across it, falling off the random toppled tree that sometimes bridged it, or just sitting beside it. That five-acre plot has been in my family’s name for over 150 years now. Thankfully, it still is.

My father’s family traces its roots back to Ireland, around the time of the Great Famine that forced so many people to leave their land in search of a place to make a new life. I had the good fortune to visit Ireland over a decade ago, and I fell in love with the people and the countryside there. It was easy to see why many of those Irish farmers chose Ohio as their new land. Whether I was gazing across green pastures in the Connemara district, hiking through the clints and grykes of the limestone pavement of the Burren, or exploring the ruins of Hore Abbey near The Rock of Cashel, the Irish countryside whispered to my heart. It told tales of clans and kings battling over the land—of farmers and shepherds and their families scratching out a life in that harsh, beautiful land. 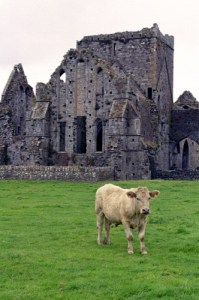 In these modern times, it seems so many people have never experienced having ties to any land. Growing up in cities of granite and asphalt, moving from temporary space to temporary space . . . never having a creek of their own to fall in or to daydream beside . . . how can they feel anchored—grounded—never having a place to put down roots? It disquiets me just to think about it.

One of the central themes of An Irish Miracle is a family’s ties to their land . . . and the lengths they will go to when those ties are threatened. 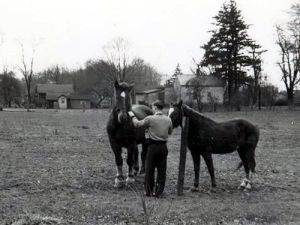 An Irish Miracle spans over a half a century and two countries. With all the strife in the real world today, the stories in it offer a respite, a brief glimpse of simpler times and simpler places.

Born in 1945, life for twin boys on an Ohio family farm is filled with hard work. The growing seasons mean plowing, planting and worrying about the rain. Only after the day’s work is there time for pick-up games, pony rides, and swimming. When the harvest season begins, daylight is reserved for bringing in the crops and baling the neighbor’s hay for spending money. The first day of a new school year means the ground will soon be frozen solid.

Their close-knit family is happy and secure, but with one ill-fated decision by their father, an old-school farmer and a war veteran, life for the boys begins to change. When the first Irish-Catholic president is assassinated, life for the whole family changes. After the arrival of two draft notices, the twin brothers set out on separate paths for the first time in their lives, one to the jungles of Vietnam and one to the quiet countryside of western Ireland.

Were they really simpler times and simpler places? I think so, but perhaps you should decide for yourself.